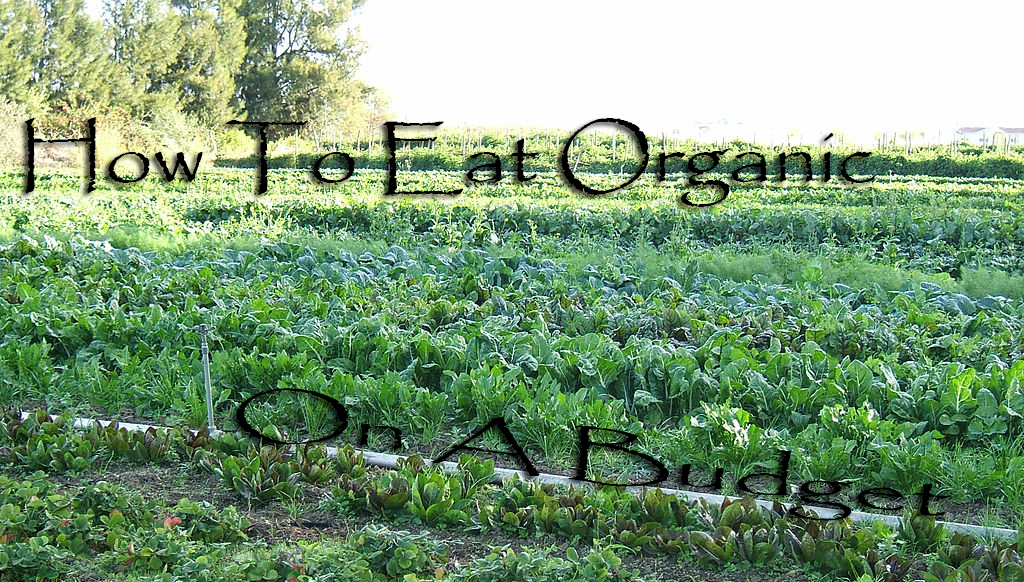 I would have to say that the most given excuse when I ask people if they eat organic food is “No, it’s too expensive.”

This is a huge misconception that people have about organic food.*

And I’m here to break this delusion that you need to be sitting on some dolla bills to be eating organic foods. That’s simply just not true.

I’ve been eating this way since I was sixteen; ever since I got my first job at target. If a 16 year old kid can buy organic veggies, grassfed beef, grassfed butter, eggs, etc. so can you.

Now there are a few things you need to know before we break this down; if you like variety in your diet you need to plan your shopping list ahead of time otherwise you’ll end up spending a lot more money since you’ll be just walking around aimlessly looking for what to buy.

If you have a shopping list when you grocery shopping you tend to stick to it, which will definitely save you a pretty penny.

Personally I don’t care for variety in my diet. During the week I eat to live by following my macros strictly and during the weekend I live to eat by eating whatever the hell I want.

So there are three important categories we need to buy.

Now I like to stock up on my meat so I don’t have to spend a shit ton of money every week. What I usually stock up on is chicken leg & thigh from Whole Foods. 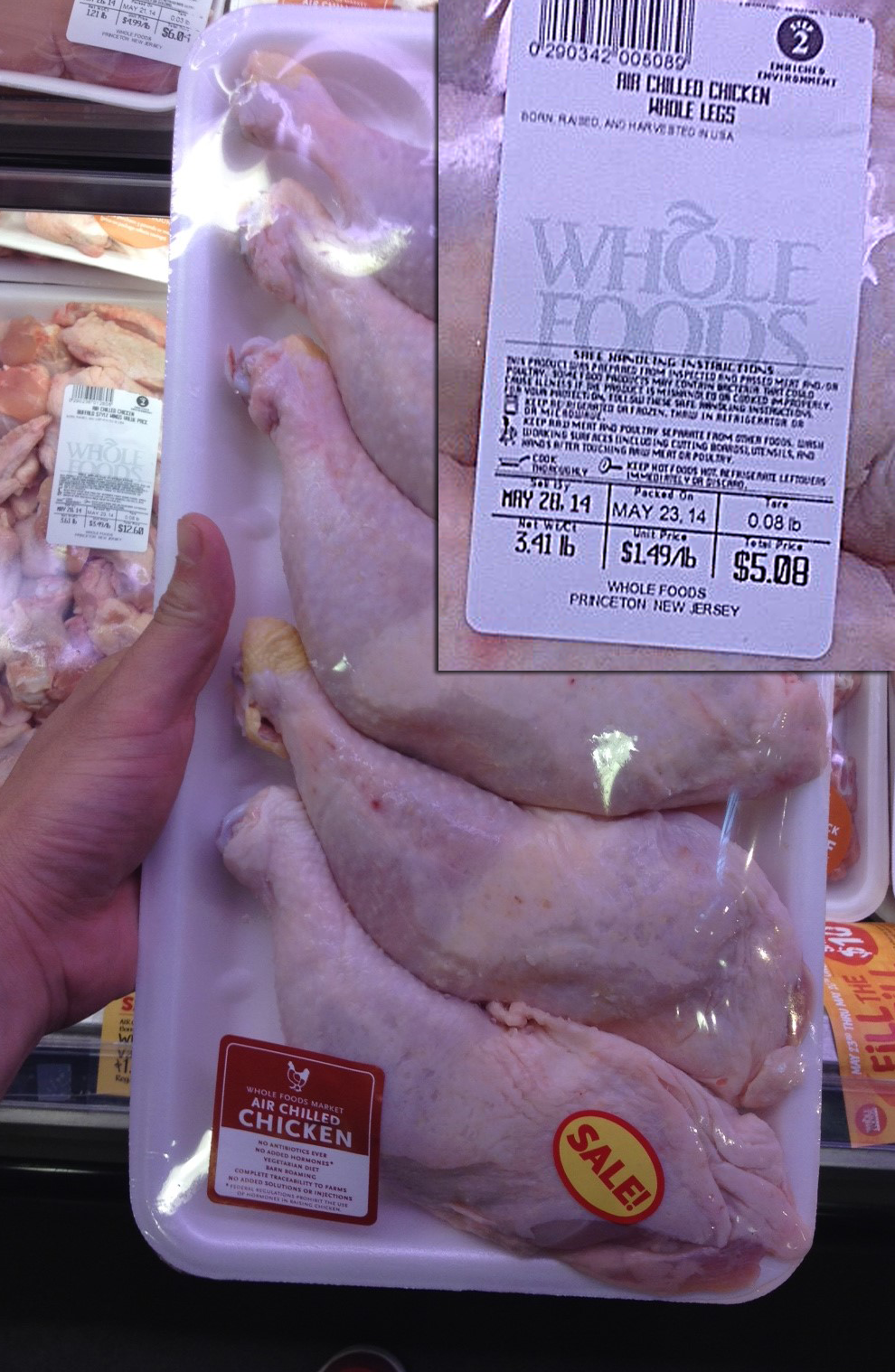 When I need to restock I buy three containers and then I usually buy one container of chicken every week until I need to re-up my freezer. So obviously there will be some weeks that I’ll be spending a little bit more than usual. But for the sake of this article lets’ just say that we’re buying one for this week.

Next I usually buy some cut of grassfed meat. Sometimes its ground beef, other times its beef shank. These are pretty cheap at my Whole Foods so that’s why I go with them. There’s other cuts that are like $19.99 a pound but that shits crazy. I’m not spending that much on meat.

If you have a high maintains pallet then go for the better cuts but if you just want meat and the benefits of eating grassfed beef then stick to the cuts I mentioned. 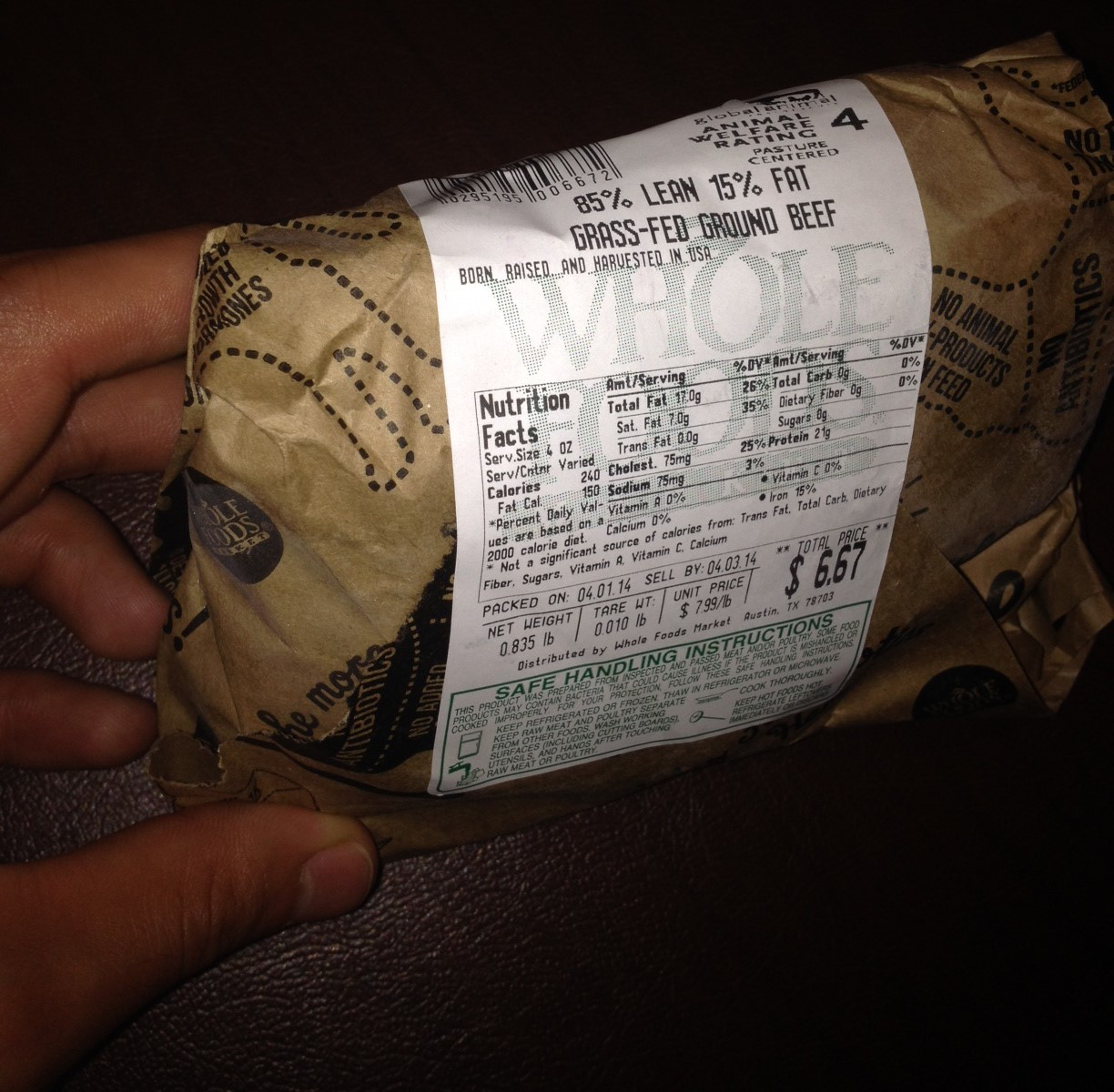 Eggs are probably one of the most essential foods a human can eat. It’s filled with complete protein and healthy fats, what more can you ask for.

There’s no reason why you shouldn’t eat eggs unless you’re allergic, in which case I’m so sorry.

If you’re not allergic then eat some more eggs.

So here’s the thing about eggs; if you’re truly trying to eat “organically” then you need to get some pasture raised free range eggs. These chickens are the ones that are out in the grass eating insects and doing their chicken thang.

Unfortunately their eggs cost around $5 for a dozen at Whole Foods. I’m not about to drop 5 bucks on 12 eggs, so I go for the next best things. Cage free vegetarian fed eggs.

Now the thing that sucks about these eggs is that the chickens if fed a diet of grain and soy which isn’t ideal but for $2.50 for a dozen; I can work with it.

Again I usually stock up and buy 3 or 4 cartons until I’m down to one then I’ll just restock.

Now we’re talking, bacon is one of my favorite foods and if you understand the importance of fat in your diet you should love bacon as well.

The benefits of eating bacon are tenfold. From the cholesterol that helps create essential hormones like testosterone, too the beneficial effects on our mental health; you can never go wrong with bacon.

Now when it comes down to the kind of bacon you buy, it does matter.

Most of the bacon that you see packaged at the super market is filled with nitrate, seasonings, and sugar. What also matters is how the pig was raised.

Most of the pigs in the U.S are raised in gestation crates, which is inhumane in itself. These pigs aren’t healthy and their meat and fat won’t have the same health benefits that we’re trying to seek from bacon.

Luckily at my Whole Foods they sell locally raised pork belly, which is raised the way pigs are supposed to live. Not stuck in a crate.

Pork belly is the same cut of meat that is used to make the bacon you see at super markets. The only difference is that pork belly isn’t processed with seasonings and sugars. It’s just the raw meat; exactly what we’re looking for.

I’m pretty lucky that at my Whole Foods they sell pork belly for a decent price. I can get a pound for $5.99 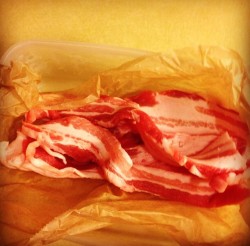 Veggies are really important if you’re trying to have a healthy and well-rounded diet.

Again veggies that are organic are going to be more beneficial for you since they are properly grown. There’s going to be a lot of people that disagree with me regarding organically grown produce versus GMO grown produce.

Before you try to school me on Monsanto let me explain to you why I don’t eat GMO food. Aside from the fact that Monsanto, the people who control the worlds food supply were the ones who manufactured Agent Orange, a chemical used in the Vietnam War that had devastating effects on the people there.

The seeds that they’re genetically modifying are being modified to be more resistant to the harsher pesticides and herbicides that they’re using on our food because the insects are becoming less resistant to the chemicals being used on the crops to kill them.  There are also stories of how Monsanto has fucked over a bunch of farmers but that’s beside the point. 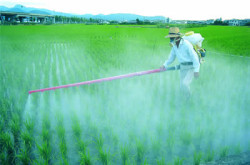 Then I would stick with organic.

Now if you like a variety of fruits and veggies then you’re going to have to spend more money but I personally don’t care. I stick to the best fibrous veggies around; broccoli, cauliflower, and carrots.

I buy 3 or 4 bags of frozen California Style Blend veggies. 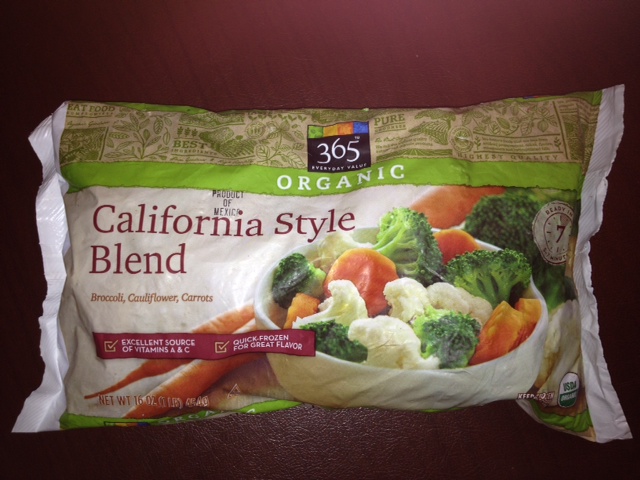 I also like to buy organic onions to sauté with my veggies or eggs. 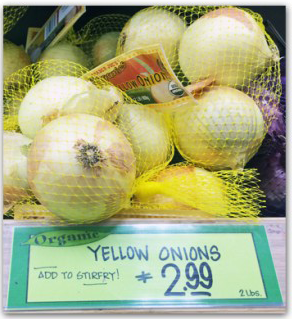 I personally don’t drink cow’s milk and I recommend you do the same. Regular cow milk that you buy at the super market isn’t healthy anymore.

Ever since they started mass producing milk for the consumer the quality of the milk greatly decreased. Going from small family owned farms where the cow grazed on grass all day and produced enough milk for a couple of families, too big factories where the cow is constantly being injected with hormones to produce more milk and antibiotics to fight off infections from the filthiness of the factory.

Before the mass production, cows were producing around 2000 pounds (250 gallons) of milk. Now with the introduction of BGH (the hormone that makes the cow produce more milk) cows are producing close to 50,000 pounds of milk.

That’s a crazy difference in numbers and the cows fully take the effects of this. Most of the time it leads to mastitis, which is an infection in the cows udder. I won’t go into the details but basically these cows are unhealthy and so is their milk.

Organic milk isn’t any better since most of the time these cows are fed a diet high in grain, corn, and soy. If you’ve been following my blog you would already know that cows need a diet of grass.

I like to buy So Delicious Coconut Milk for $2.50 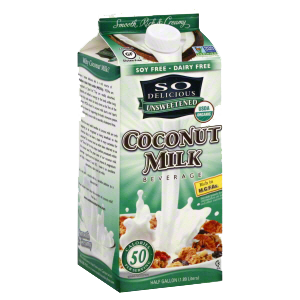 This usually lasts me a week and a half. I use 8 oz. every day in my protein shake.

Potatoes are an AWESOME carbs that can help you build muscle and even burn body fat. I tend to rotate between organic sweet potatoes and organic red potatoes.

I buy both of these from Trader Joe’s. I find them cheaper at TJ near where I live, only $3.00 a bag. 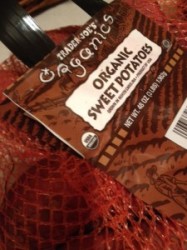 If you don’t like potatoes, you can always select another carb source like Jasmine white rice. During my fat loss phase I like to stick with potatoes as my carb source and then once muscle building becomes my main goal I start adding in rice. 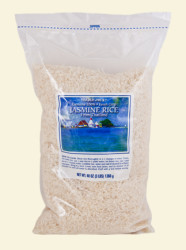 Avocados are a great source of fat, especially monounsaturated fats. They’re a great way to fight inflammation as well since they’re an anti-inflammatory food.

Luckily my Whole Foods and Trader Joe’s both carry a package of 4 organic avocados for $3.99

Sadly food prices have been going up so the price for avocados has increased around a dollar. 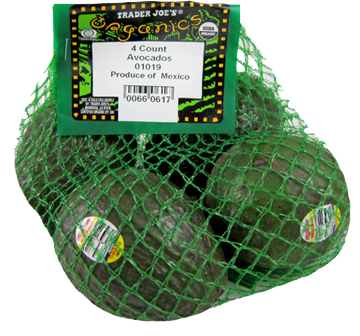 Butter has been around for ages and rightfully so. The saturated fats, the vitamins and minerals, the yumminess; butter is a triple threat when it comes to health benefits and I would high recommend adding it to YOUR grocery list.

Now not just any old butter will do. Most of the shit that you see labeled as butter at the super market is oil based. That’s naaaasssttyyy.

Butter is supposed to come from milk not oil. So stick to grass fed butter like Kerrygold Irish Butter. This brand runs me $2.99 which is a steal for grassfed butter. 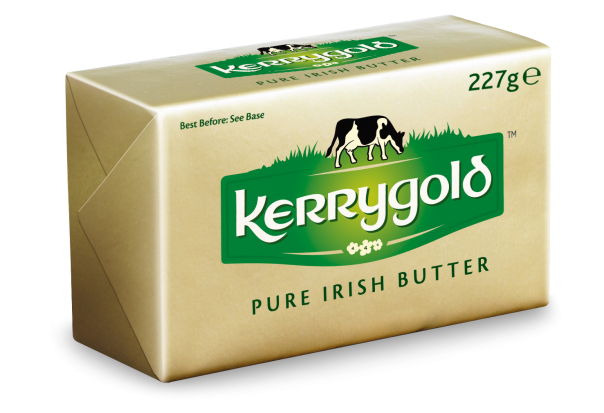 So there you have it folks. This is basically my shopping list every week. I spend around $40 every week. 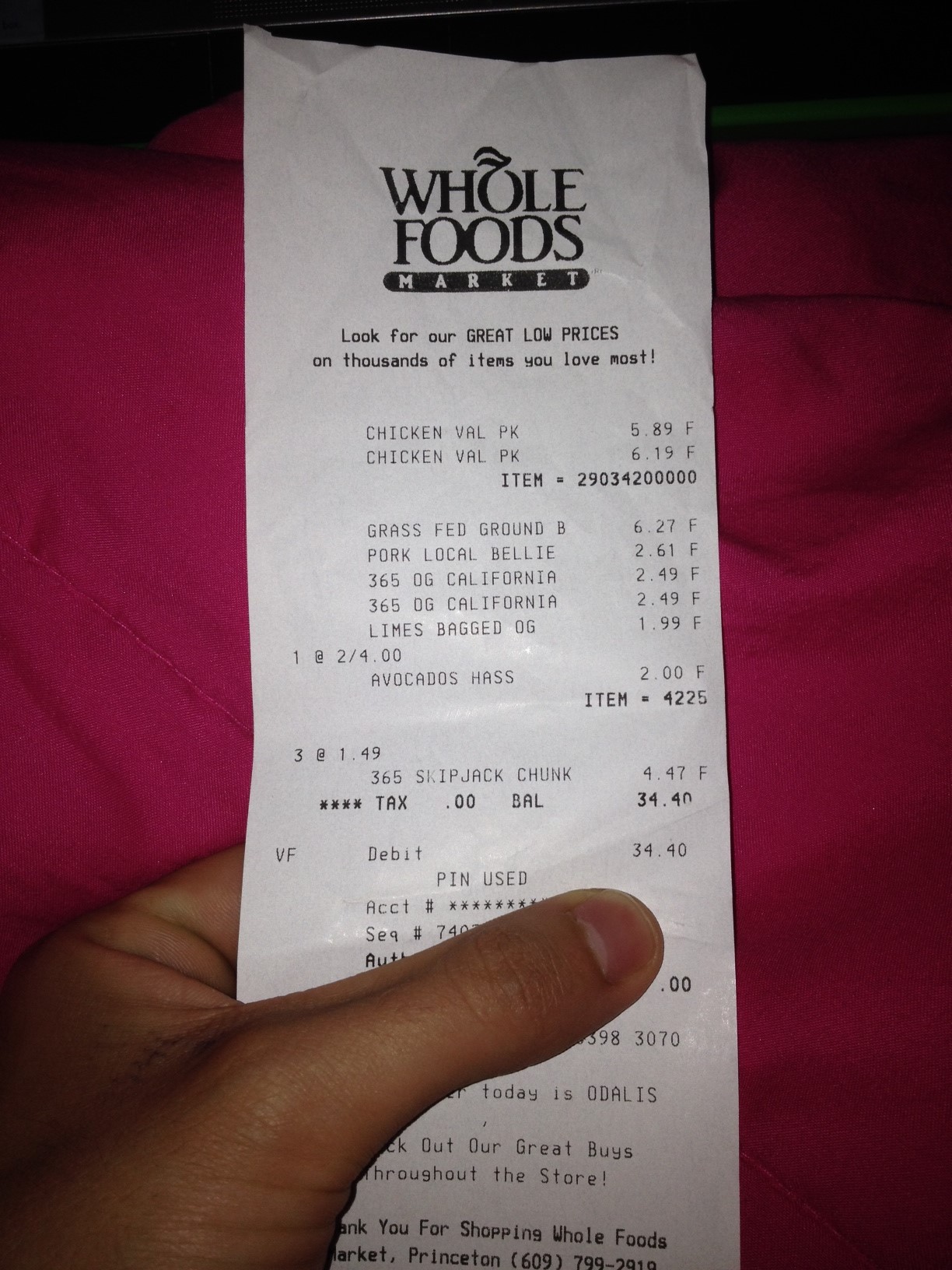 Remember I don’t care for variety. As long as you alternate the way you cook your eggs every day and the meat you have for dinner every day you’ll be fine eating the same thing. If you want more variety in your diet like different veggies, different cuts of meat, snacks, etc. be prepared to spend a bit more.