Stress, the one thing that destroys us.

If you want to live a happy life (and let’s face it, who doesn’t?) you’re going to have to learn to kick stresses ass every time it tries to creep up into your life.

Stress can come in many ways. The best stresses we have (yes we do have stress that is good) is our flight or fight response. This is where in an emergency situation your body either fights or runs away, or at least that’s what it used to be back in the day. Nowadays our fight or flight response helps us stay alive by, for example stepping on the break really fast to avoid an accident or running as fast as you’ve ever ran from the cops at 16 because you were drinking at the park after dark with your friends and the cops started chasing you with their cars on the grass (made up scenario 😉 ).

Whatever it may be, this response is good and keeps us alive. The effects that the flight or fight response has on our body from that split second to a couple of minutes after are incredible. There’s so much that goes on literally within a second:

Now you don’t have to read the rest, the take home message there is that there’s an increase of chemical messengers that do the body harm if this flight or fight response is prolonged.

The main one being cortisol.

These are good things in a fight or flight situation but if its prolonged these exact things leads to obesity, heart disease, depression, diabetes, muscle loss, strength loss and just over all doesn’t allow you to be the best you.

Who the hell wants that? The smart route would be to manage your stress, decrease your cortisol levels and start living a more bad ass life.

How to get rid of stress once and for all

Ok confession time, I personally don’t live a stressful life but that’s cause I make sure I don’t.

I truly believe that people also stress about a lot of things they can’t control. Things like whether someone likes you or getting stressed over being too nice to say no.

I know it’s easier said than done but with practice and time you’ll be able to fully grasp the concept of hakuna matata. If you have no control over something there should be no worries about it.

A very underused practice but one that’s a game changer. There’s a reason why meditation has been used for thousands of years. That’s cause it works. In a recent TED talk I saw, the presenter mentioned a study from Harvard that said our minds are lost in thought almost 47% of the time.

Now I wouldn’t be out of line to say that those thoughts are most of the time on things that add stress to your life. By meditating you’re able to step away from those wandering thoughts and live a calmer and stress free life.

I personally use holosync meditation.

Or as Elliott Hulse would say, “breathe into your ball”

I’ve noticed a lot of people; including me, don’t breathe deeply into our stomachs. Our breaths are always in our chest, very shallow breathing leads to a lot less oxygen being inhaled.

This is partly due to the fact that we all have developed muscles that are too tight and restrict us from fully being able to inhale and exhale.

Sometimes I’ve even caught myself in the act of not breathing; most of the time it’s when I’m distracted doing something else. These distractions usually come from watching T.V. or my cell phone.

Start breathing into your balls and start feeling the full effects of more oxygen being delivered throughout your body and being able to relax and expand your tight respiratory muscles.

Now like I’ve mentioned above we all suffer from tight muscles. Especially the anterior muscles. 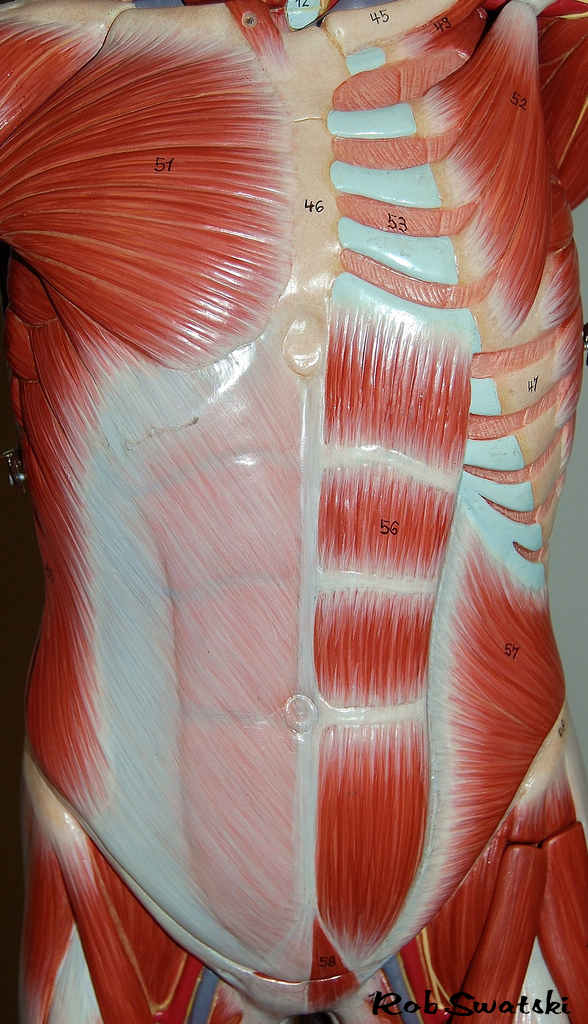 I’ve said this before and I’ll say it again. People need more sleep. Our society has so many distractions that it makes it difficult to be able to fall asleep.

You either have to be tired as hell or make sure everything is shut off (T.V, phone, your head) and make yourself fall asleep.

When it comes to relieving stress, sleep couldn’t be more important.

Throughout the day our bodies are running in the sympathetic nervous system. Which is the flight or fight response. We are alert, full of energy, and ready to take on the day.

So why is this bad?

Because in order to live a tranquil and balanced life we also need to bring in the parasympathetic nervous system into play and a lot of people don’t do that.

If we’re always running in the sympathetic nervous system we are constantly being stimulated. Eventually the stimulation becomes too much and our bodies literally start breaking down.

That’s where the parasympathetic nervous system comes in.

This part of the autonomic nervous system is the “chill out” mode. We digest our food, rebuild damaged tissue (micro trauma from exercising), get a rush of endorphins to relax, and start secreting anabolic hormones that play a huge roll on our health.

We also decrease our heart rate, blood pressure, and cortisol, which is exactly what we need if we want to get rid of stress.

So how do you balance the autonomic nervous system?

Well when we first wake up our bodies are running in the sympathetic nervous system. Here we are alert, have energy for our day, and are pretty much ready for anything life throws our way.

In order for you to stay in the sympathetic nervous system we need to have very little food (this is why I love fasting in the morning).

Towards the evening when our bodies are best primed to go into the parasympathetic nervous system we usually don’t let it. This is why it’s difficult to get a good night sleep.

So make sure you have a big dinner with protein, carbs, and fats. The combination of these three macronutrients will stimulate the parasympathetic nervous system just like after a big thanksgiving dinner and allow you to sleep like a baby.

Also shut off your television, phone, and your mind.

This might seem crazy to some of you but there’s research that shows that our bodies produce positive charges that can harm us if produced in excess. Luckily we live on earth which is electrically conductive and maintains a negative charge.

By Earthing we bring back our bodies to a more balanced internal bioelectrical environment.

“Throughout history, humans mostly walked barefoot or with footwear made of animal skins. They slept on the ground or on skins. Through direct contact or through perspiration-moistened animal skins used as footwear or sleeping mats, the ground’s abundant free electrons were able to enter the body, which is electrically conductive. Through this mechanism, every part of the body could equilibrate with the electrical potential of the Earth, thereby stabilizing the electrical environment of all organs, tissues, and cells.”

By having a more balanced internal bioelectrical environment we are able to decrease inflammation, decrease stress, pain, and increase our immune system.

Exercising can be one of the best stress relievers there is.

I mean, who doesn’t like taking out their emotions on the iron. The iron will always be there, it won’t dent, it won’t cry, it won’t hit you back. I see no reason not to.

There are a ton of benefits that come with exercising, especially using free weights and I recommend everyone to take part in it.

Aside from getting stronger, building more muscle, and having a nice set of abs. There’s also a feeling of euphoria following an intense workout.

This euphoric feeling comes from the endorphins your body releases. These are feel good chemicals that interact with the receptors in your brain that reduce your perception of pain and make you feel amazing.

So if you’re suffering from stress and you need more happiness in your life start with these ideas, they’ve helped me stay away from stress, literally.

Trust me, I have my bad days but they never really affect me. I deal with the situation but I’m not sad or mad about it. It’s just an obstacle that I have to climb over.

Let me know what techniques you use in order to live a stress free life.