*sniff *sniff…is it just me or do you smell bull shit too?

If you’ve seen this commercial before you’ve witnessed first-hand how the media lies to the public about making healthy food choices.

For people who have no idea what high fructose corn syrup (by the way I’m going to be using HFCS as an abbreviation) is, lets just say it’s a man-made sweetener that is highly processed and it’s used in just about every packaged food you can buy like sodas, cookies, yogurt, bread, cereal, honey, and even dressings just to name a few.

The reason manufactures love to use HFCS in replace of real sugar is because it’s very cheap to produce and the best part is that it has a long shelf life so it compliments packaged foods very well.

People are starting to suffer the consequences of eating too much HFCS, which is “among the most dangerous and damaging food additives ever created” (Gedgaudas 172).

And according to Nora T. Gedgaudas they include;

So if you suffer from any of the illnesses above, you can be sure your diet is too high in HFCS

Now you get where I’m coming from?

In no way, shape, or form has HFCS ever been beneficial for human consumption and since its introduction into our foods “The Corn Refiners Association has insisted that HFCS is just as safe as table sugar and honey.” (Gedgaudas  173)

Even though there has been research stating otherwise.

Unfortunately the multi-billion dollar companies will always have an upper hand in what the general public finds out.

For example according to Nora T. Gedgaudas there was a study done that looked into the effects of diets that consisted of very high amounts of fructose.

What they found was that the animals that were used to test this study on had developed a liver that looked a lot like those of an alcoholic.

This makes perfect sense if you understand that fructose can only be metabolized by the liver and is stored directly into fat.

Never being used for energy by your cells (sadly you’ll never find this study being publicized because the corn refiners association will do anything in their power to stop this from happening.)

So you might be wondering, if the liver is doing its job of metabolizing and detoxifying your body of whatever it needs to get rid of, how can it degrade from doing its primary job?

Well when you consider the westernized diet, and the amount of fructose people actually consume

You realize that the liver (just like any other organ) can only take so much.

By making the liver work hard without any rest you set up the inevitable. Your liver will deteriorate and loose its ability to efficiently detoxify you body of toxins.

So why am I telling you about your liver?

Well if you haven’t noticed from the name, HFCS is higher in fructose then its counterpart, corn syrup (I’m not saying corn syrup is any better) making it worse for your consumption.

I hope you take the time to absorb the info above. HFCS is really nothing to mess with

Especially if your diet consists of a lot of packaged foods. Always look on the ingredient list for High Fructose Corn Syrup

If it’s on there, put it back.

P.S. If you didn’t noticed, the video above was paid for by The Corn Refiners Association (hmm I wonder why they would pay for a commercial to tell people that HFCS is fine to consume.) 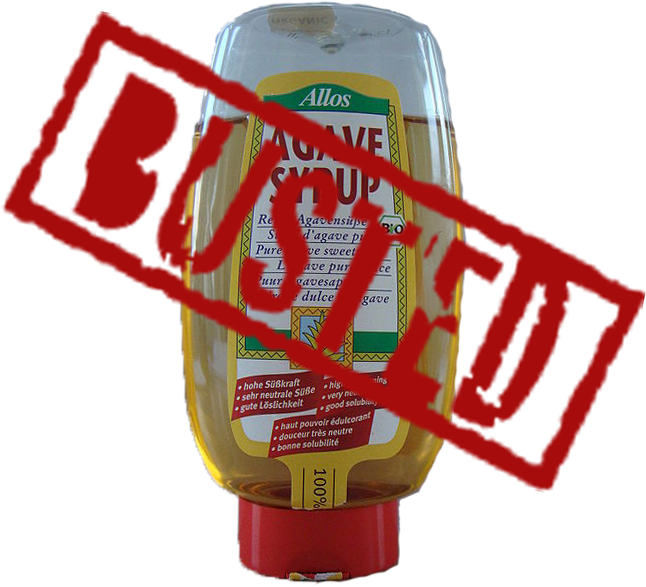